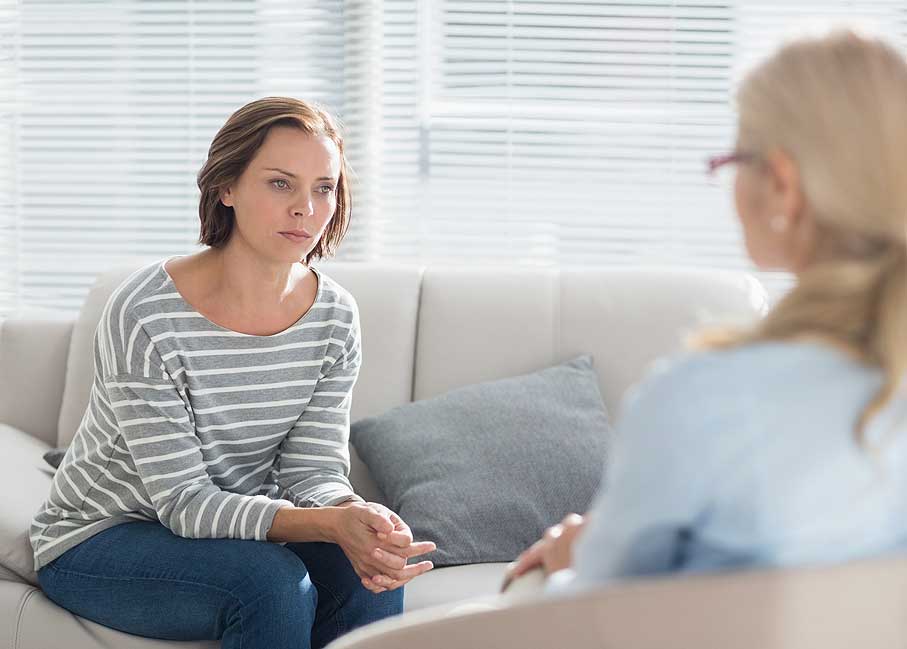 For most people, experiencing a headache is uncomfortable but not anxiety producing.  However, when an individual suffers from health anxiety, previously known as “hypochondriasis,” a headache can trigger panic.  An assumption may be made that the cause of the headache is a life threatening disease or condition such as an aneurysm or brain tumor. The individual may visit her/his doctor frequently or avoid going to the doctor altogether for fear that s/he will be diagnosed with something terrifying.  When the individual does visit her/his physician and the doctor orders or performs tests, the anxiety sufferer is likely to assume the worst…and the waiting period can be agonizing.

Health Anxiety, also known as Illness Anxiety Disorder, may exist on its own or attend other conditions.  It is classified as a Somatoform Disorder but can also be a symptom of certain anxiety and related disorders such as Generalized Anxiety Disorder (GAD), Obsessive Compulsive Disorder (OCD), and Panic Disorder.

Health anxiety can be exacerbated by a number of factors such as media reporting which is oftentimes sensationalized and focuses on the dangers associated with the results of a new study.  Frequently, the impact of “stress” is invariably over-emphasized which can create an even worse scenario for the anxiety sufferer, leading her/him to stress about the effects of stress on the body.  Television dramas that depict individuals with mysterious (and often fatal) diagnoses can contribute to a cascade of worries as can announcements of the deaths of public figures or celebrities who died unexpectedly from an illness or were relatively young when they passed away.  In addition, the Internet is rife with information that is frequently unreliable or incomplete and suggestible individuals can spend hours online researching one symptom exclusively.  “Cyberchondriacs” are commonly on a desperate search for some reassurance but, more often than not, find that their anxiety has been increased by the ambiguity of their symptoms.

Other contributing factors that tend to escalate health anxiety are age and life events.  Generally speaking, the older the individual, the more vulnerable s/he may be to fears of developing illness and health problems.  Further, that person may have friends or relatives similar in age that have died or succumbed to an illness.  Health anxiety is, at its very core, a fear of dying.

Treatment for health anxiety begins with assessment and a differential diagnosis for OCD, GAD, and Panic Disorder.  If it concurrently attends one of these conditions, treatment is shaped by addressing and treating the anxiety disorder in conjunction with treatment of the health anxiety.  A combination of Mindfulness-Based Cognitive Psychotherapy and/or Exposure Response Prevention can be effective. Reassurance that the individual is not suffering from a disease may help temporarily but, eventually, anxiety will return because the individual is aware that sickness and death are fundamentally inevitable.

Often, individuals who have already experienced a serious illness do not fear falling ill; they have already adapted to ill health and, for the most part, have developed strategies to live within its limitations and discovered choices and resources that are available to them.  Utilizing Imaginal Exposure therapy can be very effective for this reason.  The approach is just as it sounds…patients are guided into imagining a scenario in which they experience a new symptom and must endure a waiting period for test results to be provided.  When Cognitive Behavioral Therapy is introduced, the individual learns how to shift and challenge their thinking which may include versions of self talk such as, “I don’t know until I know”, “There is no reason right now to imagine the worst”, or “I can entertain other possibilities besides cancer and, even if it is a serious diagnosis, there will be treatment options that I can select.”  With each session, the seriousness of the imagined scenarios are increased and, eventually, the individual discovers that s/he can tolerate the anxiety.  The uncertainty that accompanies health anxiety is slowly extinguished as the patient becomes more confident that they can, and will, adapt to any health situation that may arise.